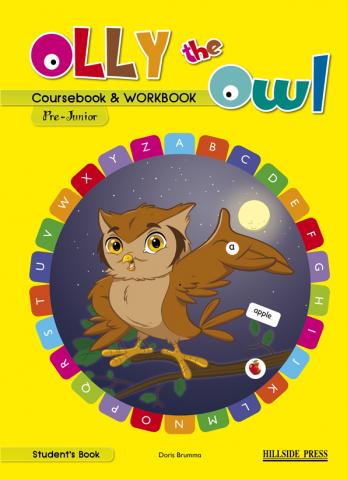 Welcome to the Olly the Owl series. The series features the interactive alphabet wheel on the cover. The objective of the Coursebook and the incorporated Workbook is to make each pupil's first exposure to English fun and creative. The series expands to Junior A & B levels.

The philosophy behind Olly the Owl series
​The series presents a hands-on approach to experiential learning and makes use of a range of classroom strategies and materials that teachers know work well with young learners. The interactive alphabet wheel on the cover can be used as a creative tool throughout the academic year for pupils to learn to recognize the letters, their names, sounds as well as exemplar words.

The main objective of the series is to teach English through cross-curricular features, creative awareness and the promotion of values such as cooperation and respect for others.

The uncomplicated and consistent lesson structure will prove a powerful tool for experienced and new teachers alike. Another key feature of Olly the Owl series is that the Workbook has been incorporated into the Coursebook, so pupils needn’t carry an extra load. One book is all they will need to bring to class.